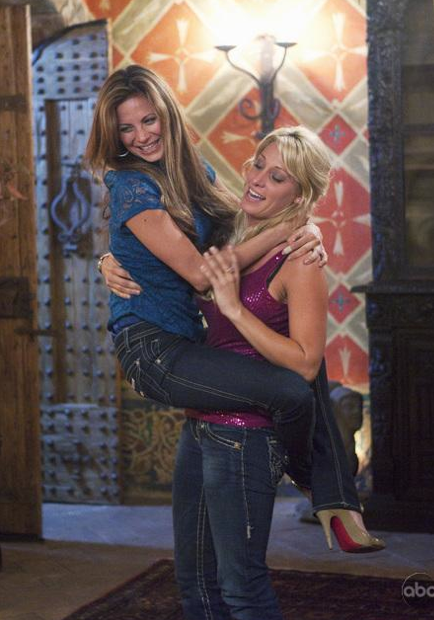 It looks like Vienna Girardi and Gia Allemand who became friends while on Jake Pavelka’s season of The Bachelor are now mortal enemies and it’s all over Gia’s ex, Wes Hayden.

They are battlign it out on Twitter.  Here’s their war of Tweets:

I guess I can hope to be the bachelorette now that wes is dating vienna!

Dear vienna, u have no cl#!@%*# and are a bad friend everyone saw you guys at the reunion and in texas. And u even approached me hope they got it on camera.. We will see soon on the women tell all. The world already knows ur true colors.

It’s sad that people have to make up lies (Gia) that I’m dating someone so they can get sympathy and attempt to become the bachelorette.

@GiaAllemand stop making up lies about me so people will vote for you. It’s Pathetic! 🙁

There’s a lot I can say but I was once ur friend and no matter what u do or say to me I will never make up stuff to make u look bad or air ur life on twitter! Take care and goodluck

@GiaAllemand I hope they got the entire conversation on video especially the part about you sleeping with Mario Lopez. Have a nice day!

Wow.  That is a nasty can of worms.  Mario sleeping with Gia?  I certainly hope not.

So what do you think?  Are Vienna and Wes really dating?  Will Gia be the next Bachelorette?  You know ABC loves lots of drama.  This may just seal the deal for Gia.