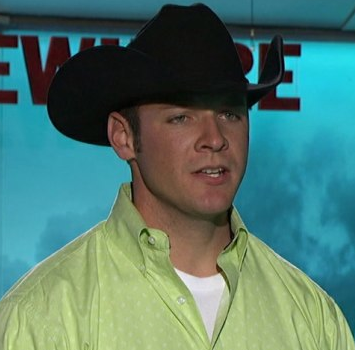 John Wayne Shulz has some great pipes, there is no questioning that. But I think everyone should know that he has already cut a record.  American Idol isn’t his first stop in the music industry.

Cowboy had an album by the time he was 14 years old and one of his songs was considered for 7 Grammy nominations!  The CEO of John Wayne’s old record label tells Billboard.com John only recorded that one album — explaining, “He’s of Mormon faith, and he had to go on his church mission. He was gone for two years, and we just weren’t able to reconnect once he returned.”

I don’t think he should be disqualified, this just raises the bar a bit.