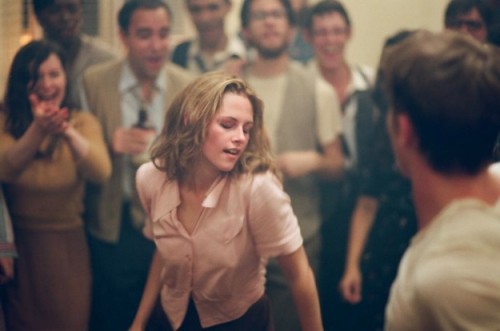 Kristen Stewart is a very busy actress these days.  Not only is she playing Bella Swan still for the filming of Breaking Dawn 1 & 2, she’s working on this new flick, On The Road.

Adaptation of Jack Kerouac’s “On the Road,” which chronicles Kerouac’s years traveling the North American continent with his friend Neal Cassady, “a sideburned hero of the snowy West.” As “Sal Paradise” and “Dean Moriarty,” the two roam the country in a quest for self-knowledge and experience.

Just from these stills, I am totally interested.  Kristen has totally grown on me. This film has an amazing cast including: Garrett Hedlund, Sam Riley, Kirsten Dunst, Amy Adams, and Viggo Mortensen.