Super Bowl XLV: Big Ben Roethlisberger Gets His Karaoke On In Texas – VIDEO 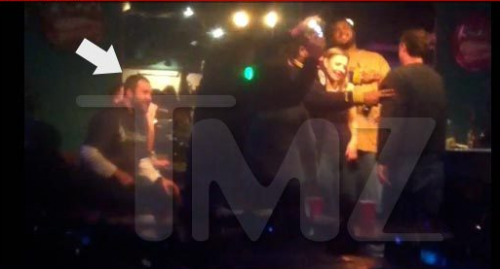 With Super Bowl XLV only three days away now, the buzz is getting crazy, the parties are still flowing in Texas and the betting at the sports book is off the hook.

Big Ben Roethlisberger and his boys were at Pete’s Dueling Piano Bar down in Texas on Tuesday night having some Super Bowl week fun.  Well, the media is of course spazzing because, oh no!  Ben is in a bar!  Really people?  Really?  Like he’s going to sit alone in a hotel room five days before the big game.  Everyone needs to just get over themselves.  Ben has just as much right to celebrate as anyone else.  He is Super Bowl quarterback.  Nuff said.  Everyone get off your high horse already.

Anyhow… so Ben was at the bar for a whole two hours and was embraced by everyone in there.  He bought several rounds for the entire bar.  Spent $800 and tipped $200.  No one was complaining.

Ben even took part in the karaoke.  One of his song choices, Piano Man… by Billy Joel.

You can watch the FUN scene here.