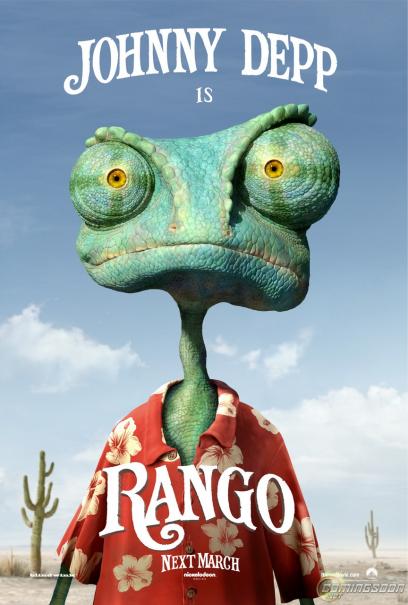 A chameleon that aspires to be a swashbuckling hero finds himself in a Western town plagued by bandits and is forced to literally play the role in order to protect it.

Rango opens in theaters on March 4th, so we’ve only got a month to wait!

Check out the Super Bowl spot below: