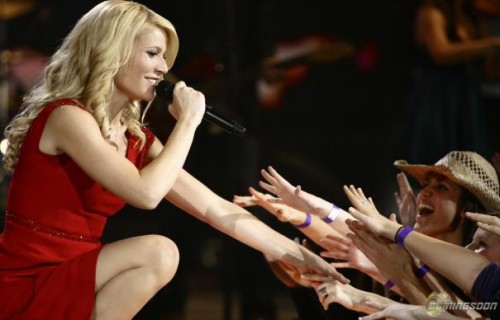 There aren’t a ton of performances at the Oscars, nothing like the amazing show the Grammys gives us.  But there will be performances of the Oscar nominated songs.

The 83rd Academy Awards telecast producers Bruce Cohen and Don Mischer have offcially announced the artists who will perform the songs during the show:

Original Song nominee A.R. Rahman and Florence Welch, of Florence + the Machine, will perform “If I Rise” from the film 127 Hours. Rahman is nominated for writing the music (Dido and Rollo Armstrong are also nominated for the song’s lyric).

Alan Menken, who is nominated for writing the music for “I See the Light” from the animated film Tangled, will accompany singers Mandy Moore and Zachary Levi on the piano (Glenn Slater is also nominated for the song’s lyric).

Randy Newman will perform his nominated song “We Belong Together” from the animated film Toy Story 3.