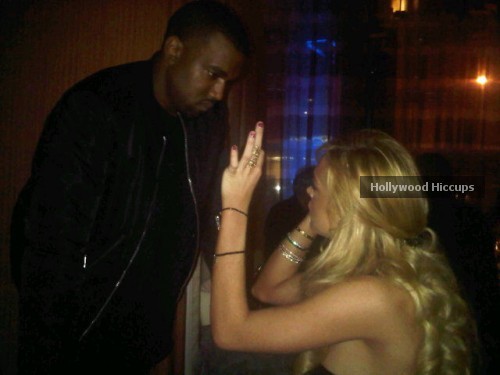 I have no idea why Lindsay Lohan chose to post these Tweets tonight after she posted bail and got her fifth mugshot taken.  But she did.

First she posted the picture above, with no caption.  Then this:

“@drdrew thank you for your support.. I appreciate it”

He had just posted:

So what’s with the Kanye West picture?  Is that from tonight?  Is she out with him right now?  Hmmmm?

UPDATE: I just wanted to point out that Lindsay deleted the Tweet with the above photo form her Twitter.  Why?  The plot thickens….. Ha!