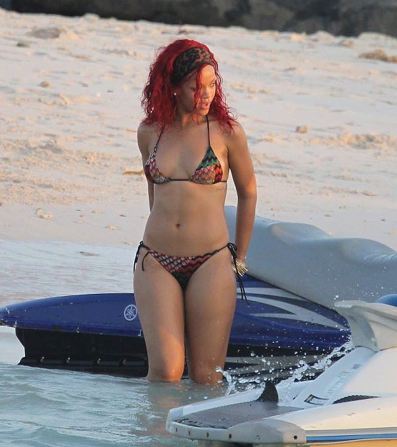 It hasn’t happened yet, but it’s about to.  Rihanna wants her restraining order against Chris Brown lifted.  As it stands, he has to stay 50 yards away from her.  And for me, personally… I would want that in effect permanently.  If someone put the living crap out of me, I’d want nothing to do with them ever, and I certainly wouldn’t want to give them the chance to do it again.

Sources are now saying that Chris Brown will be at the Grammys and we know Rihanna will be there too.  But Chris supposedly only has to stay 10 yards away there.

What do you think of all this?  I think Rihanna wants him back.  It’s been two years and she wants her man back.  I have a feeling that she gets jealous when she sees him with other girls.