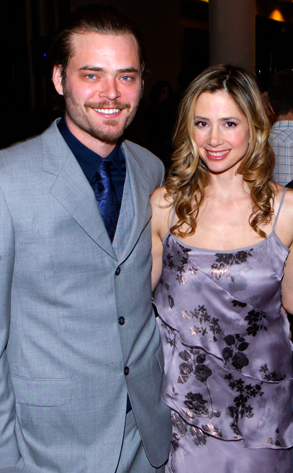 Hotel guests were complaining that Backus and Sorvino fighting loudly over “poor time management skills” and when the cops arrived at the scene, he was charging around with a bat, yelling at other guests and the security guards.  What a moron!

The cops were forced to arrest him on a misdemeanor charge for being drunk in public, even though they tried to just get him to mellow out and wanted to let him go.

He was booked into San Diego Central Jail at 12:37 AM and the latest says he’s still in custody.

Yeah, that’s going to be one heck of a walk of shame.

Are these the early signs of Hollywood’s next divorce?