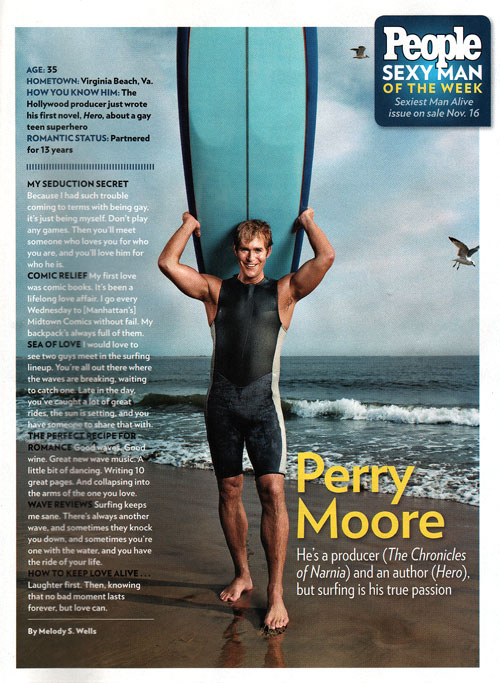 Perry Moore, the co-producer of The Chronicles of Narnia, was found dead in his New York City apartment on Thursday.  He was only 39.

His partner, Hunter Hill found him on the bathroom floor where he had acidentally overdosed on OxyContin.  He had suffered chronic back pain for years.

He had written, Hero, a book about a gay superhero.

Narnia movie specialists NarniaFans found a bit of related news on the Virginia Beach radio site WTKR stating that Moore had been very upbeat because he had found financing for a fourth Narnia film, which would be The Magician’s Nephew, and was working on other projects including an adaptation of “Hero” for Starz:

“The night before he died, he had an hour-long conversation with his mom,” father Bill Moore said as he waited at the airport for a flight to New York. “He had gotten all the good news he could possibly get.”

Perry Moore told his family he’d secured financing for another Narnia movie, “The Magician’s Nephew.” He was also working with Starz, a cable-movie company, to adapt his novel, “Hero,” and he was preparing to meet with actress Julianne Moore on another project.

“He had everything in the world going for him,” his father said. “He was very upbeat.”