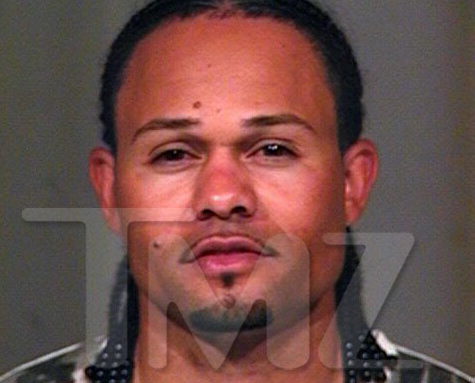 Oakland A’s outfielder, Coco Crisp was arrested this morning for a DUI in Scottsdale, Arizona.  Coco is in AZ for spring training and just happened to be driving his Rolls Royce Phantom when he was busted.

Coco “was arrested and detained early this morning under the suspicion of driving under the influence of alcohol.”

The police say that Coco was  “failing to stay in one lane of traffic” and that’s why they initially pulled him over.

“After the stop, the officer observed signs of intoxication on the driver. After Mr. Crisp agreed to, and performed field sobriety tests, he was arrested without further incident.”

He has since been released from jail and made it to the baseball field in time for drills this morning.

He should definitely receive some sort of  disciplinary action from the A’s organization.  Team conduct is a huge.  We’ll let you know how that goes.