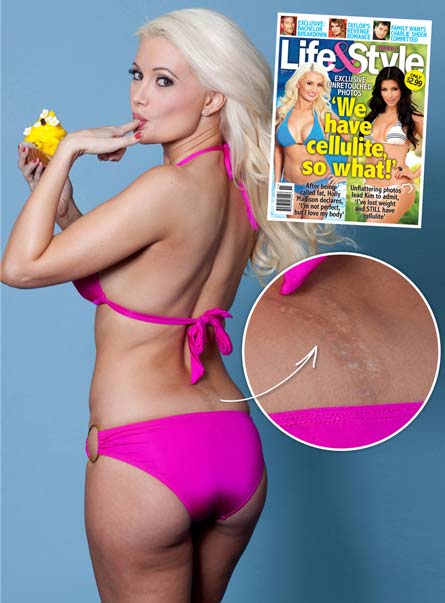 Holly Madison is known for being a Playboy Bunny, but she’s finished wearing the tramp stamp  and she’s been working on having it removed.

“I started getting laser treatments in 2009 to remove it.  It’s a walking ad for Playboy — and I joke that they’ve stopped paying for the ad space! I still need six more treatments, but I don’t know if I’ll ever get around to them because it’s so easily covered with makeup.”

I think I’d do the same thing.  That’s one of those tattoos you can’t love forever.  Thanks to technology, they aren’t as permanent as they used to be.