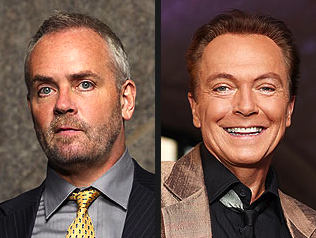 Last night was the big premiere of Celebrity Apprentice and I don’t think that anyone was let down for lack of drama. Surprisingly though, the biggest rounds came from the men’s side.  There was plenty on the ladies team too, but the men took the cake on this episode.

Thanks for Survivor’s Richard Hatch, Jose Conseco was ready to beat the crap out of him.  Hatch was beyond rude to David Cassidy.  The guy wouldn’t let the David get a word in, ever.  And at one point, he even shoved David to the side.  Hatch spoke to Cassidy like he was a child the entire time.  Man I wish he would have tried the with Jose.  It would have been on and Hatch would have been in the hospital.

At the end of the day, David was sent home, fired as the first loser of the season.  Why?  Mostly because he couldn’t show that he had it in him to win or really defend himself.  He was leaning on Conseco way too much.

On the ladies side, I think that Star Jones was a total witch.  It was 100% her fault things went wrong on the task.  yes, the ladies won.  But she threw Lisa Rinna under the bus for things that were completely out of her control.  I don’t like Star at all.  She is going to have to redeem herself at this point.  But as Rinna pointed out, she’s got the “sisters” in her corner, so we can expect them all to stick together.

In the preview for next week’s episode, it looks like the ladies are going after Lisa, in an attempt to get rid of her.  Classy.