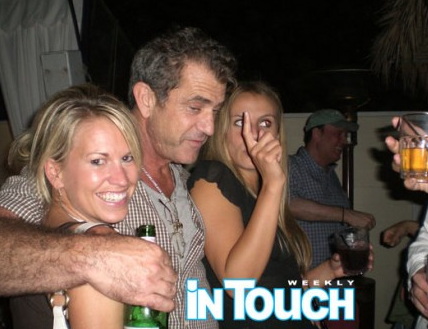 I am one of the last people that would ever go to bat for Mel Gibson.  But I want to point out a very valid point that TMZ made about Mel Gibson not getting any jail time.  Chris Brown admittedly beat Rihanna to a bloody pulp and didn’t serve one minute behind bars.

Mel Gibson might be out of his mind, but he probably shouldn’t receive a harsher punishment the Chris Brown, right?

Are You Ready for Mel Gibson and His Beaver? – Video

This morning Mel will be charged with simple misdemeanor battery according to reports from the D.A. after he accepted the plea deal.  He will be pleading no contest to the charges.

After that, it looks like Mel will only have to continue his counseling and that should be all.

I know this won’t be the end of things since there is a child involved.  Oksana and Mel will be hashing that our forever.