NEW: Pirates of the Caribbean: On Stranger Tides (One-Sheet) 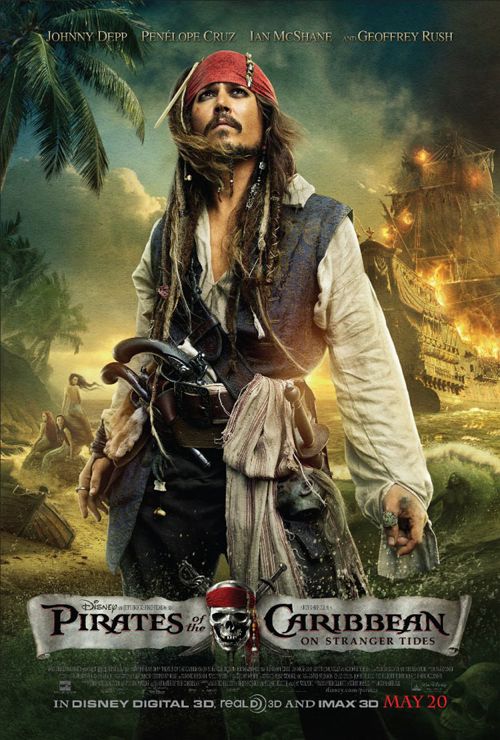 Yay!  It’s time for a Johnny Depp / Pirates of the Caribbean: On Stranger Tides fix!  This fourth installment of Jack Sparrow movies has finally released the official one-sheet for the film.  (A one-sheet or one sheet is a single document that summarizes a product for publicity and sales.)… In case you didn’t know!

Anyhow, I have been re-watching the first three movies is preparation for this one.  I am very, very ready for the May 20th premiere!

Now check out the behind the scenes footage below… this is NEW too!