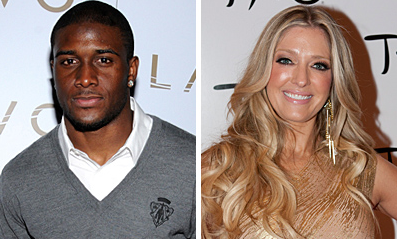 Reggie Bush and Kim Kardashian has been over for quite awhile now.  But for some reason, I think his latest fling/girlfriend is going to sting a bit.

An eyewitness talked to In Touch about Reggie’s latest eye candy.  Her name is Erika Jayne and she’s a club singer.  Last night while at LIV in Miami last night during the Winter Music Conference, Reggie spotted the hottie.

“He sent one of his friends up to her and asked for her number so he could give her a call.  Reggie thought she was really hot and he is totally her type.”

It’s probably a good thing that Reggie really moves on.  Who knows if things will ever get serious with Erika, but it would probably give Kim more closure that way.