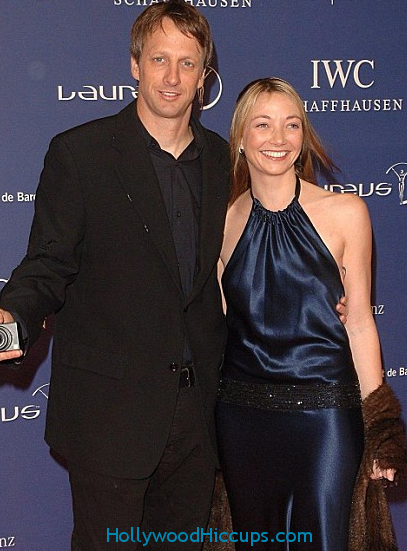 It’s another classy guy people.  Tony Hawk is in the process of divorcing this third wife, Lhotse Merriam.  They have a two-year-old son together and he’s got three other boys from his first two marriages.

Clearly Tony Hawk can’t keep a marriage alive.  But the kicker to this one happens to be that he left his wife for his best friend’s wife, Cathy Goodman.  Matt Goodman was Hawk’s BFF and business partner.  They’ve been close since they were kids.  Now we can assume there will be a major blowout and they will be in a legal battle over their business partnership that is sure to crumble.

What is wrong with Tony Hawk?!  Not only is he a father to four boys, he is an icon that millions of kids look up to.  Has he no shame?  Clearly we know the answer to that.

Kind of disgusted with him now.  Ew.  Jerk.