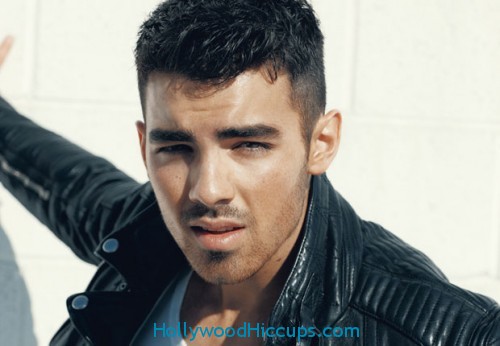 Joe Jonas, the cutest of the Jonas Brothers trio.. in my opinion is the cover boy for the latest issue of Details magazine and he looks delish!

Joe gave a great interview that you can read in entirety over at Details… but here are some highlights:

On living on his own in L.A.: “[My place] is like my mini New York. I got my gym a few blocks away. I like to watch all the crazy characters in the neighborhood.”

On his relationship with Ashley Greene: “[It] feels good. I think what works about it is she really puts my feelings first. She understands my busy schedule. She’ll fly out to my shows – she’s been to places in South America that I can’t even pronounce.”

On recent heartbreak: “I won’t say her name. But I was in a relationship, and we tried to work things out, and she, you know, I was really upset because she, she broke up with me.”

On Danielle Deleasa: “Actually, I hit on her first. And after that she and Kevin hit it off, of course. Now we have a fourth person traveling with us everywhere, so that’s a different thing completely.”