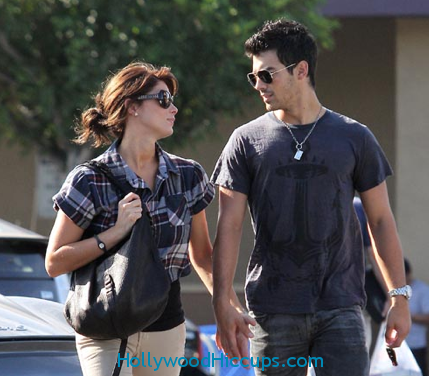 Joe Jonas has announced a solo album and now he will be truly solo when he does so.  He and Ashley Greene have parted ways.  Their relationship started last summer, but sadly had already fizzled out.

One source says this was the second breakup for them,

“They broke up shortly before her birthday, then got back together.”

This split actually bums me out.  I liked them together.  I wanted them to make babies.  They would have been gorgeous!

So much for that “commitment” ring.