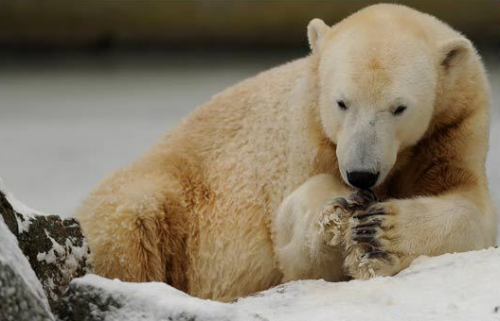 How sad is that?  Knut is the famous polar bear that was given the boot by his mom at birth and was raised by the zookeepers at the Berlin zoo.

Reports say that his body was found floating in the water inside his enclosure this morning by keeper Heiner Kloes.

Most polar bears live till their mid 30s when living in captivity and if in the wild around 15 years.  So, Knut died very, very young.