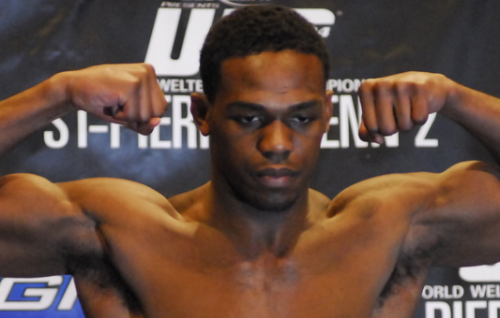 UFC star, Jon “Bones” Jones will be in New Jersey facing off against Shogun Rua for UFC 128 and he had an interesting pre-fight “warmup” today.

Bones was meditating, like he always does, at a park in Patterson, NJ when he heard a woman scream,

Bones chased the robber for a bit, caught him, he knocked the dude’s legs out from under him, and then put him in a figure-four leg lock.  He held him like that until the cops arrived and made the arrest.

“It was a great pre-fight warm-up for me!”

UPDATE: He Tweeted this and the photo below:

“I caught him….Coach Jackson finished him.  The captain of the patterson police department just called greg to Thank/congratulate us on a job well done..”