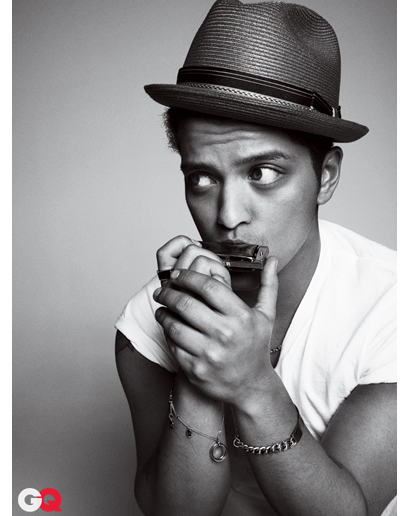 I am a huge Bruno Mars fan.  Love, love, love that sound he gives.  Mmmmm.  It’s delicious, and so is the photoshoot he did for GQ magazine.

Unfortunately, in September, he was busted for cocaine possession at the Hard Rock Hotel & Casino in Vegas.  When he brought it up to the mag, he said,

“I’m not gonna preach that I’m a role model,” he says. “I’m a f***ing musician! But I’ve learned people are watching, so don’t do nothing stupid.” He’s just hoping to keep his nose clean (so to speak), acknowledging that there’s no backup plan. “My jump shot sucks,” he says.

Did you see that the prosecutor was just busted for cocaine?  Amazing I tell ya.