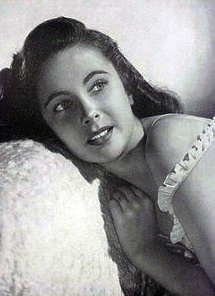 It is with a heavy heart that I bring you thing news.  Dame Elizabeth Taylor died this morning at 1:28 AM at Cedars-Sinai Medical Center in Los Angeles.    She had there for the past couple of weeks.

Her publicist said that she was “surrounded by her children, Michael Wilding, Christopher Wilding, Liza Todd, and Maria Burton.”

Taylor’s rep says the actress died “peacefully” from congestive heart failure, “a condition with which she had struggled with for many years.” The rep adds, “Though she had recently suffered a number of complications, her condition had stabilized and it was hoped that she would be able to return home. Sadly, this was not to be.”

A private funeral will be held later this week.