Fresh NEW Music: Tino Coury ‘Up Against The Wall’ 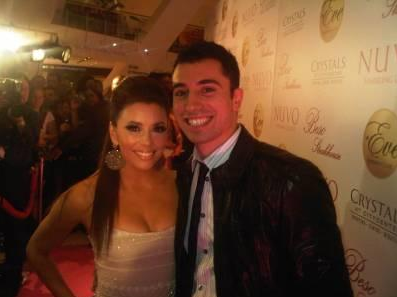 Top 40 pop artist Tino Coury made a huge splash when he performed for Eva Longoria at her birthday party this past Friday night (March 18) in Las Vegas at her nightclub Eve.

Tino is a Los Angeles-based 22-year-old singer-songwriter-producer and multi-instrumentalist.  He performed “Up Against The Wall” for Eva, this follow-up to his 2010 Top 40 and #11 Billboard Hot Dance Club hit “Diary.”  Then he sang Happy Birthday to the smoldering actress.

“As I have grown to know Eva, I’ve learned that she is a truly amazing person, beautiful inside and out.   It was an honor to perform for her on her birthday,” Tino said of the big night.

Tino has his full-length debut album coming out this summer, so stayed tuned for details on that!

Now have a listen and see what you think!