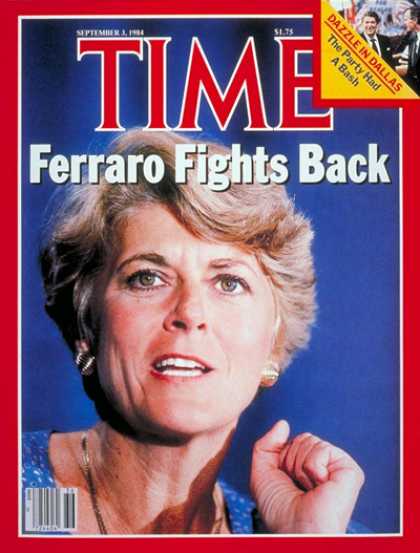 Geraldine Ferraro was the first major female vice presidential candidate, as Walter Mondale‘s running mate in the 1984.  She served in the U.S. House of Representatives for six years before that, representing New York’s 9th Congressional District.