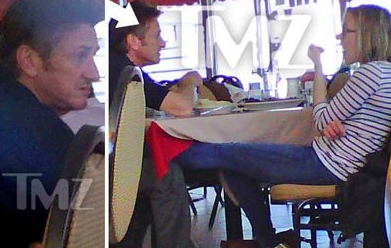 Now that is classy.  I am sitting here watching the Today show and just heard them talking about Reese Witherspoon‘s wedding.  It all sounded nice and la.. laa laaaa.  Then they said that Sean Penn showed up with Scarlett Johansson.  They were very into each other and were putting on the heavy PDA in front of everyone there.

Making out at someone’s wedding when you are in a bit of a scandalous relationship is just tacky.  Honestly.  Since leaving Ryan Reynolds, I have lost almost all respect for Scarlett.