Dancing With The Stars Week 2 Recap and Scores 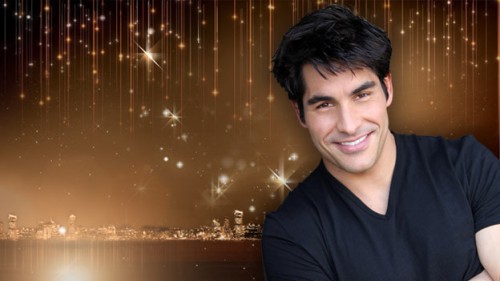 Last night was another great night on Dancing With The Stars.  After seeing the jitters on all of the stars last week, for the most part, everyone was much looser last night.

Sugar Ray Leonard kicked off the night with the Jive.  He did alright, but I have a feeling he will be in the bottom.  He just isn’t exciting to watch.  He definitely needs to pick it up if he lasts through tonight’s elimination.  His score was 17 for the night, making it a total of 34 combined with last week’s.

Kendra Wilkinson was next with the Quickstep.  She still seemed very stiff.  I didn’t see her counting her movies like last week, but she still looks very uncomfortable.  I don’t know if dancing is just not her thing or the nerves just won’t go away.  I think she’s in danger too.  Her score was 19 making her combined a 37.

Chelsea Kane did the Jive and was absolutely adorable.  Her energy was great, and of course Mark was incredible.  But I was really impressed with Chelsea.  The judges weren’t thrilled with it because it wasn’t enough Jive for their taste.  But I have a feeling the American votes will prove what we really like.  They got an 18 for a total of 39.

Chris Jericho did the Quickstep and was pretty good.  I love his personality.  It comes through loud and clear.  I hope he sticks around for a long time.  He’s too funny to lose!  Scores were a 23 for a total of 42.

Petra Nemcova did the Jive and looked good.  She’s so tall that she has an extra challenge out there but she pulled it out.  I love her sweet personality if nothing else.  Scores: 18 for a total of 36.

Kirstie Alley was a knockout last week and she did a great job again, this time to the Quickstep.  All the bashing by George Lopez is just further motivating her.  Loved it.  Love her.  Scores: 20 for a total of 43.

Mike Catherwood did the Jive and he did better than last week, but still not great.  I hate it too because I LOVE Lacey Schwimmer, so I don’t want to see her go early.  cores: 17, total 30.

Romeo did the Quickstep and was really, really good.  I think he’s going to make  along run in this competition.  Well done!  Scores: 23 for total of 42.

Wendy Williams did the Quickstep and it was SO much better than last week’s stiff I don’t know what.  She brought some personality and loosened up a lot.  Scores: 17, total 31.

Ralph Macchio did an amazing job last week and he did it again last night to the Jive.  I am so impressed with his dance skills.  I think the judges were pretty hard on him, but I loved every second of it.  Scores: 21, total 45.

Hines Ward is my man and I loved him once again.  He ROCKED the Quickstep and the judges ate it up!  Steeler Nation is eating it up too and voting their hearts out!  Scores: 23, total 44.

Tune is for the results show tonight!