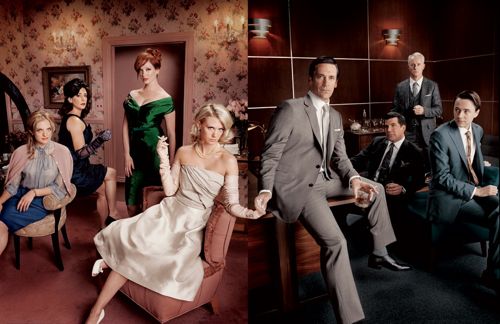 It’s going to be a bit of a wait for the fifth season of Mad Men.  They are putting on the waiting torture until 2012.  Whaaaa?!

“While we are getting a later start than in years past due to ongoing, key non-cast negotiations, Mad Men will be back for a fifth season in early 2012,” AMC announced in a statement on Tuesday.

Creator, Matt Weiner, reportedly has some issues with the network’s demands, which include shrinking each episode by several minutes for more commercial time, cutting two cast members (who have not be named) and upping the paid product placement.

So of course it’s about the money.  It always is.  Just really annoying for the fans.  What do you think?  Are you pissed?  Will you boycott the show now, or wait patiently for the 2012 return?