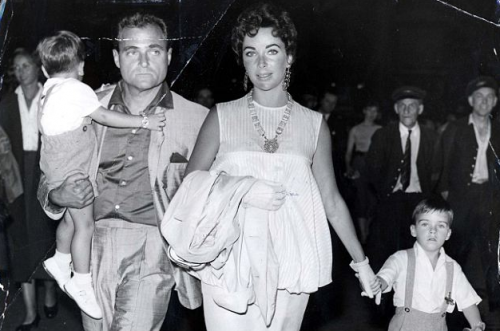 The late, great Elizabeth Taylor gave a very intimate photo of herself in the nude to her third husband, Michael Todd as an engagement gift. It was taken by one of her closest friends, actor and photographer Roddy McDowall.

A private collector has now released this personal portrait, which is the only known picture of the star posing nude. She was 24 years old at the time.

This is the first time the photo has been made public.