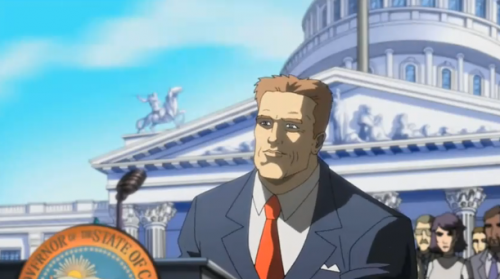 Arnold Schwarzenegger who is making his Hollywood comeback post California Governor gig and Stan Lee have announced that The Governator is for an animated series and a comic book and NOW it’s being eyed for a 3D feature film.  Now that’s a comeback!

The animated series won’t even debut until late next year (2012) but we’ve got the trailer now to wet your appetite.