’30 Rock’ Has Been Cancelled – FINAL SEASON 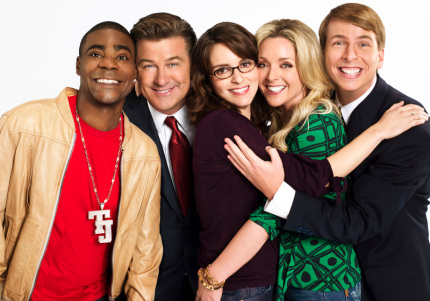 Not today though.  So don’t go into total panic.  But 30 Rock has an end date.  Alec Baldwin spoke to Vulture last night at the National Dance Institute’s annual fund-raising gala where he said,

“I will tell you one thing,” he said. “And that is our show next year is our last year of the show.  Our contracts are expired [in 2012], and Tina is gonna have a big career directing films and writing. She’s going to be the next Elaine May. She’ll be great.”

NBC obviously hasn’t announced this news yet because it’s a ways off.  But yeah, one more season of 30 Rock and then it’s closing the doors.

How bummed are you?