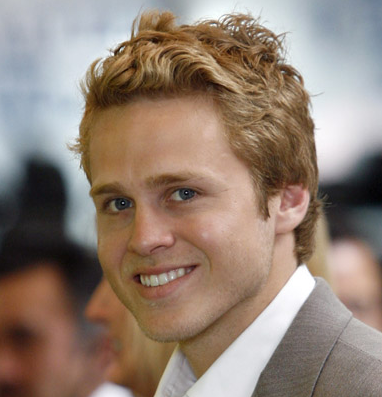 Spencer Pratt is bored and wants to change his image.  So who does he call?  No, not Ghostbusters.  He called up Ryan Seacrest.  First he emailed Ryan’s talent booker, Amy Sugarman, asking to get a five week gig under Ryan,

“I’m trying to change my image and make myself more likable,” he told her.

Then today, he called into Seacrest’s KIIS-FM radio show.

“How do you go from being hated to even a little bit likable? It’s about who you’re around,” Pratt said. “I’ve learned you need to be around likable people to even start to be likable. Who’s the most likable person in America, if not the world? That would be Ryan Seacrest.”

Ryan asked about Spencer’s beard.  He assured him that he is now clean shaven.

“I got a nice nine-month vacation living on the beach collecting sand dollars, and I really got to reflect and realize that in entertainment, you can definitely go too far,” the former Hills star — who once dropped $400,000 on healing crystals — said. “I’m ready to start a whole new [chapter].”

Spencer is bored and lonely while Heidi is off furthering her reality TV career,

“She’s up every morning at like 4:30. She starts her day with jump-roping while I’m still asleep, and then she heads off to film this new series for VH1 and she doesn’t get back until at least 10 p.m.,” Pratt told Seacrest. “I’m twiddling my thumbs all day like, ‘I need to get a job.'”

Seeing as how Ryan is the most powerful guy in reality TV, I think he’s going to help out Pratt.  Why not?  It makes for an interesting story.  I’d watch whatever he came up with .

How about you?  Should Pratt get a second chance at “life.”