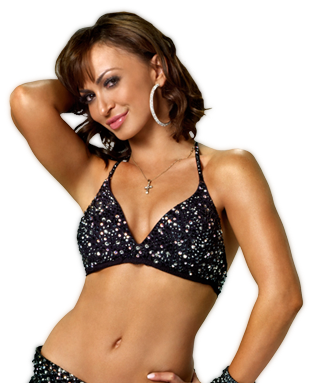 UPDATE: Check out photos from the issue HERE!!

Karina Smirnoff did something unexpected.  With a solid career on Dancing With The Stars, you’d think she’d want to keep it.  Maybe she’s burnt out and wanted to leave with a bang?  Who knows her reasoning, but with Playboy‘s Hugh Hefner announcing that she is the Playboy cover girl for the May issue yesterday on Twitter, well…. her days on DWTS are numbered for sure.

“@IanSpiegelman Karina Smirnoff posed for Playboy, including the May cover, Ian. Very special.”

There has been all sorts of debate and speculation about this spread.  Like IF she poses for Playboy, she will be fired.  Well, in Hef’s own words, she already did it.  She “posed” for the issue.  Which means it’s already done.  And that my friends means she’s out of her “day job.”  I wonder what she has planned for her future?

Why do you think she did it?