Why Did Real Housewives of D.C. Get Canned? 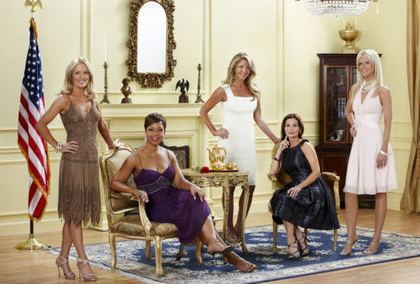 It was the first time that any of the Housewives series had been cancelled.  But money talks.  Ratings translate into money or lack thereof, so when The Real Housewives of D.C. got the worst ratings, they got the boot.

“We had an amazing season and we told stories that were unique to any other in the franchise.  I wish all our D.C. wives the best and hope to work with them again in another capacity.”

You won’t go through withdrawals though, there are still Housewives in Orange County, New York City, Atlanta, New Jersey, Beverly Hills and Miami.  I think that is plenty, don’t you?