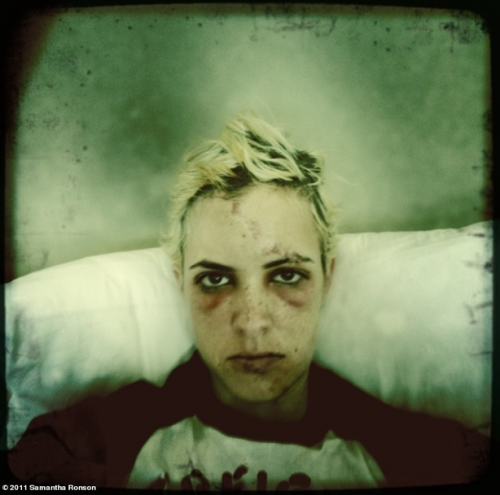 Lindsay Lohan’s other half…. half of the time, Samantha Ronson, took a spill off her BMX bike.  TMZ was reporting that it was a car that hit her after a gig, but Sam just Tweeted,

“@TMZ i didn’t get hit by a car. get your facts straight.”

She posted the above photo on her site, saying,

So I think it’s safe to say that she just wrecked herself and admits she should have been wearing a helmet?