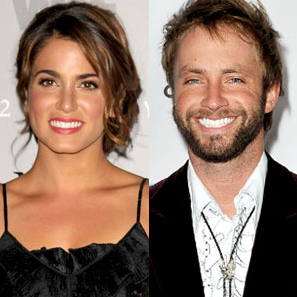 These aren’t just rumors anymore!  Paul McDonald might have been voted off of American Idol last night, but he’s a pretty lucky guy.  He’s got a bright future ahead of him for his music career and to top it off, he’s officially dating Twilight star, Nikki Reed.

“[Nikki’s] supercool,” he told Us Weekly Thursday night in L.A. “She’s been real supportive of this whole thing. She’s actually pumped up now because she likes my original material way better than all the stuff I do on the show.  It was weird. I haven’t ever actually watched any of her movies. I don’t know too much of her career at all, but the person she is is super cool.  I told her I’m not watching any of [her movies] for a long time… She said, ‘I don’t want you watching’ and I was like ‘I don’t want to!'”

That is amazing.  Seriously it is.  I think they are cute together!  Congrats to Paul!