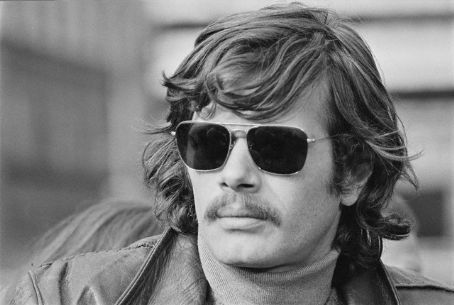 Michael Sarrazin was a Canadian actor who is best known for his role opposite Jane Fonda in They Shoot Horses, Don’t They? (1969).  He lost his battle with cancer on Sunday in a Montreal hospital with his daughters Catherine and Michele at his side.

Sarrazin was born Jacques Michel André Sarrazin in Quebec City, Quebec. He served as a supporting actor in Sometimes a Great Notion (1971). He starred in a string of successes, including the television movie Frankenstein: The True Story (1973), the crime caper Harry in Your Pocket (1973), the screwball comedy For Pete’s Sake (1974), and the horror film The Reincarnation of Peter Proud (1975), about a man doomed to die the same kind of death twice. His film career as a leading man came to a close with his role in The Gumball Rally (1976).

Sarrazin also appeared in The Flim-Flam Man, Joshua Then and Now, and the Star Trek: Deep Space Nine episode “The Quickening”. He hosted an episode of Saturday Night Live, as well, on April 15, 1978.