Dancing With The Stars Week 5 Says Goodbye To 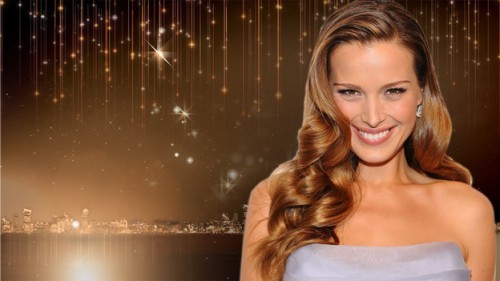 Tonight will be the fourth elimination of the season on Dancing With The Stars.  The pairs danced to Americana themed music last night and the show was a hit.  Everyone looked good and some were over the top great and their judge’s scores reflected that.

Tonight to wrap up the American theme, Toby Keith will be performing and the ballroom will look like New York City.

As far as who’s packing up and going home?  It’s such a tough call.  Kendra Wilkinson pulled out her best, but will it be too late.  Petra Nemcova didn’t get the best scores…will be the end of her?  The judges seem to be losing their love for Ralph Macchio, but I think the voters are still on board with him.

What is your guess?  Drop it in the box below, then check back shortly for the results!

UPDATE: To start off the night, Hines and Kym were sent into safety for another week while Kirstie and Maks were sent to the danger zone.  After that the encore dance was Romeo and Chelsie doing their New York New York dance once more.

Following the commercial break, country star Toby Keith performed, Shoulda Been A Cowboy with Maks and Lacey dancing…..  they actually messed up!  But who cares… they are both so hot!  Love them both….

Next we got more results.  Chelsie and Mark were the next to safety, then Romeo and Chelsie joined them while Chris and Cheryl  were sent into jeopardy.

Later on the next couples safe were Ralph and Karina, then Kendra and Louie….Petra and Demitri were sent into jeopardy.

Toby Keith performed after the break.  Then we got the final results….. drumroll……..

Petra was sent packing.  Such a bummer.  She is a doll and I would have like to see her go further.