Lindsay Lohan Being Framed By Look-A-Like?! 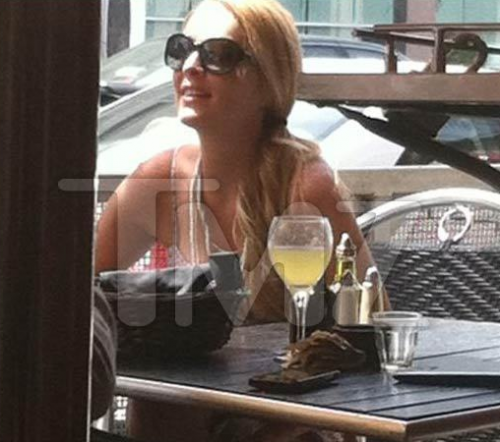 It looks like the media/paparazzi is attempting to frame Lindsay Lohan with a bunch of fake photos.  Well, they aren’t fake.  They are just of someone who is trying to look like Lindsay.  Yesterday, the picture above was taken at Eclectic Wine Bar & Grille in North Hollywood and the staff there thought it really was Lindsay and even comped her meal.

Lindsay Lohan Sentenced To 120 Days In Jail For Probation Violation

These photogs have been trying to sell these and other pics to TMZ and other media outlets as actual photos of Lohan, trying to make her look like she’s fallen off the wagon, furthering her court troubles.