Cher Goes To Bat For Obama, Rips Trump a New One 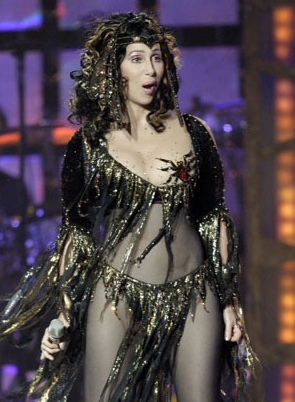 Well, if you weren’t aware before, you will be now.  Cher is a huge fan/supporter of Barack Obama.  He can do no wrong in her eyes.  So when Donald Trump called him out on his birth certificate and then it was finally produced, well, Cher went to town on her Twitter page, having a full on hissy fit.

“Donald Trump is Pompous A**hole ! Saw him in Aspen with one Dcup chick after another Everyone up there thought he was a complete idiot”

“Pls retweet ! Donald Trump ( mr chapter11) is Only a Mean Spirited BAD ACTOR who couldn’t find his ass with both hands & a map !”

I am all for standing up for something/someone.  BUT, that was a little immature if you ask me.  Trump wasn’t doing anything differently than the entire Republican party has been doing…. only he got results.  I give him props for that.  Cher isn’t helping the situation in my opinion.

What do you think?  Is Cher out of line?