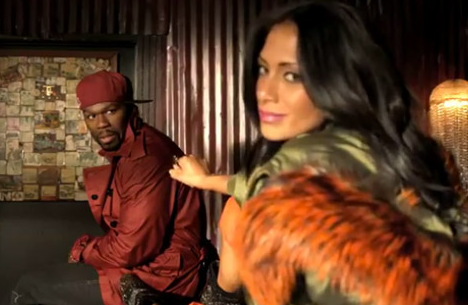 Nicole Scherzinger teamed up with 50 Cent for the Paul Hunter-directed video, Right There.  Of the collaboration, she told MTV,

“50 has been a friend of mine. He did his thing on the song. I thought I was cool until 50 showed up and he was a little cooler.  He brought the energy and the spirit. He’s 50 for a reason. He’s the real deal.”

Check it out and see what you think: