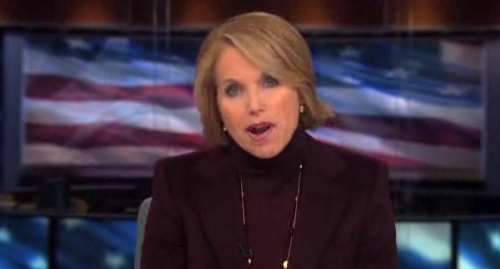 Whoaaa!  That’s not a way to make new fans and well, General Hospital fans are going to hate Katie Couric with a scary vengeance.    Nothing has been set in stone, but you better believe it going to happen.  Soaps have been dropping like flies all over the place and General Hospital is the last soap on ABC.  They are obviously not opposed to being soap-free.

Sources have revealed to TMZ that Katie is in the final stages of completing her contract with ABC.  She will be getting her own talk show… that’s the one that will likely take over for General Hospital.  Then she will also get pieces on 20/20, fill in as a news anchor, and wherever they need her.

This contract is in the $20 million range.  Nice.  This woman knows what she’s doing.  Talk about a power move.

I still can’t believe they are going to kill General Hospital.  Yikes.