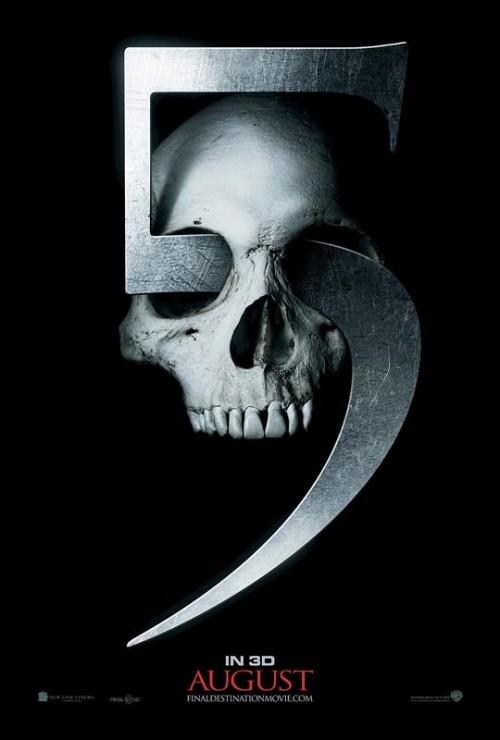 It’s time for the Final Destination 5 trailer.  New Line just keeps going with this one… and well.  the latest edition looks like the most intense so far.  Get ready for the August 12th release by watching this trailer below:

Death is just as omnipresent as ever and is unleashed after one man’s premonition saves a group of co-workers from a terrifying suspension bridge collapse. But this group of unsuspecting souls was never supposed to survive, and, in a terrifying race against time, the ill-fated group frantically tries to discover a way to escape Death’s sinister agenda.