WATCH: Chad Ochocinco Gets His Butt Kicked By a Bull – VIDEO 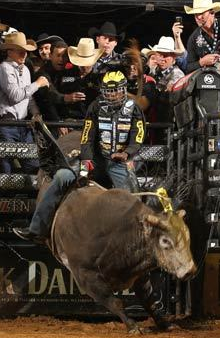 Chad Ochocinco is one of my least favorite players in the entire NFL. So, when he made a total fool out of himself attempting to ride a bull, I fully enjoyed it.  His plans were to take up bull riding during the NFL lockout.   The COO of the Professional Bull Riders made him an offer, that if he could last 8 seconds on a bull named Deja Blu, he’d win a new truck and get to rename the bull.  That obviously didn’t happen, but he $10,000 for the attempt.