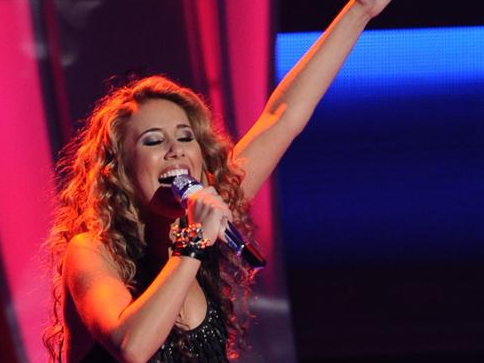 Last night the American Idol top 3 performed three songs each and they all did great.  This is going to be a really difficult elimination tonight no matter who goes.  Before we get the results, we will have performances by 50 Cent with Nicole Scherzinger, as well as one by the new, Il Vollo.

I think the final two will be Haley Reinhart and Scotty McCreery.  I have been huge on Lauren Alaina the whole season, but I just have a feeling she’s the one going home tonight. I expect a lot of tears from Jennifer Lopez……

Any thoughts on tonight’s results before they are given?  Did you vote?

Check back later for the RESULTS!

UPDATE: Haley Reinhart was sent home!!  I am surprised!!  Wow.  This is the first time to have two country singers in the finale!  And they are young!  16 and 17!

Congrats to Scotty and Lauren… good luck next week!