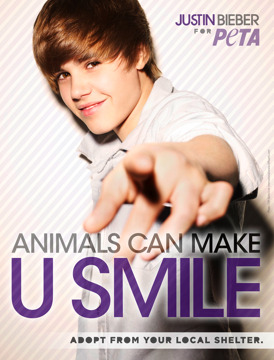 Oh. My. Word.  Justin Bieber.  He’s already done the nail polish and a unisex perfume so why not launch a perfume for women only?  He told WWD,

“Let’s be real, the way a girl smells is very important to a guy.  I have such a deep connection with my fans, so creating a fragrance that I personally love is another way I can bring them closer to my world.”

I love that he has named it, Someday.  Is that like… someday you’ll be old enough to smell a woman?  Haha!

I have to give him props for the fact that 100% of the proceeds are going to charity and at $35 a bottle, that will be a really big donation.