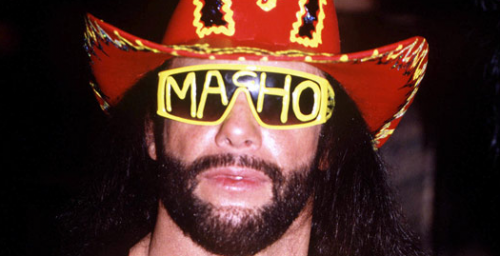 Macho Man Randy Savage died today in Tampa, FLorida.  He was only 58 years old.  The wrestling legend suffered at heart attack while behind the wheel of his car and lost control, according to his brother Lanny Poffo.

Savage leaves behind his wife of 1 year, Lynn.

UPDATE: The Florida Highway Patrol told TMZ that Savage was driving his 2009 Jeep Wrangler  when he veered across a concrete median, through oncoming traffic, and then “collided head-on with a tree.”  Savage was taken to Largo Medical center, where he died.

Also, what makes this even more tragic, his wife, Lynn was in the car with him at the time and survived with minor injuries.  My heart breaks for her.