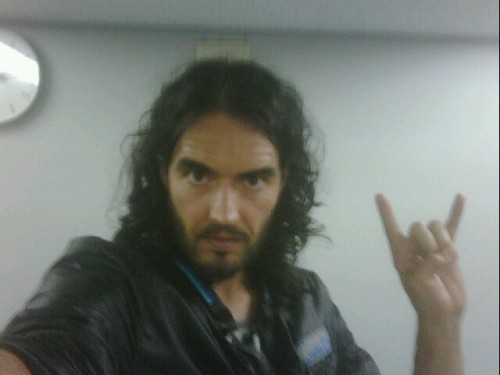 So, Katy Perry is in Japan for her tour and she had her hubby, Russell Brand come down to show him her favorite place on earth… and he got deported! She Tweeted:

So…my husband just got deported from Japan. I am so. sad. I brought him all this way to show him my favorite place #tokyodreamscrushed

….But of COURSE I ♥ my Japanese fans & the show #MUSTGOON no matter the daily aftershocks or husband kidnappings! #it’snotrightbutit’sokay

Then this is what Russell put up along with the pics:

Planning escape from Japanese custody. It’s bloody hard to dig a tunnel with a chopstick

Stockholm syndrome kicking in. Just asked my guard out for (vegetarian) sushi. He giggled.

You’d think the country would allow him to stay as a courtesy to Katy…. I mean, she’s HUGE there.  Pretty messed up…. and I wouldn’t be calling it my favorite place if my hubby got the boot!