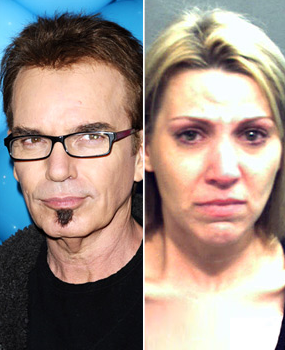 Billy Bob Thornton’s estranged daughter, Amanda Brumfeld, has been convicted of aggravated manslaughter for the 2008 death of a 1-year-old baby girl in Orlando, the AP is reporting.

Brumfeld, was babysitting her best friend’s baby, Olivia Garcia, overnight in October 2008. She claimed that the baby fell and hit her headwhen she tried to climb out of her playpen.  Thankfully, the prosecutors deemed it “impossible” that a fall like that, could cause a 3.5-inch fracture on the baby’s head.

During Friday’s sentencing Brumfeld was acquitted of first-degree murder and aggravated child abuse charges.  She will be sentenced next month (July) and get this, the trial is going on in the same courthouse where Casey Anthony’s trial is taking place.  (Another baby murder case.)  So yeah, that courthouse is a very depressing place to be.