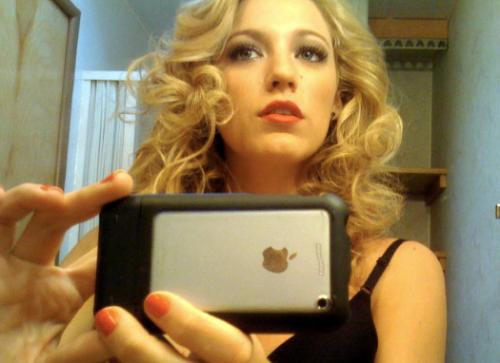 The hacker who is looking for some sort of a five minutes of fame thing released some nude photos of Blake Lively yesterday.  Of course she and her rep are saying that they aren’t her.  But they really, really look like her.  I don’t see where the photoshopping is coming in…. perhaps she has an evil twin we don’t know about?

Anyhow, since they are denying it, the hacker decided to post 17 more photo of the alleged dirty Blake Lively.

He even included the caption:

“Oh, yes, Blake’s rep. These are totally fake. We really, really believe you. Want moar? BTW, thanks for all the faps.” (FYI: “faps” is a reference to pleasuring oneself)

Those star tattoos on her chest area were for a movie role…. so these really could be her…. I’d love to hear what you think…. check out the photos, then drop your “decision” in the comments below….